New mobility faces a veritable laundry list of challenges, from regulatory obstacles to a lack of interoperability to vested interests opposing the changes that progress requires. There is nothing unusual about this, however. All technologies, especially deeply transformational ones, face these hurdles.

Smart cities are, of course, leading the charge for new mobility. The concept factors heavily in their plans across the board, in pretty much every jurisdiction that is seriously working towards a new kind of urban transportation model. Per Deloitte Insights: “Various elements of such ‘smart cities’ will work in harmony to deliver a higher standard of living for residents by helping tackle issues such as congestion, pollution, public safety, and access to city services. These connected and smart urban ecosystems will be equipped with a wide variety of applications, each unique and with different purposes. As a result, citizens could see marked improvements in their standard of living, the environment, and the safety and security of, among other things, neighbourhoods, workplaces, and airports.”

Although these changes herald a profoundly positive future for urban dwellers, obtaining their participation in (and ultimately their validation of) new mobility can be an uphill climb. Smart cities and their transportation partners are faced with the combined challenges of achieving the adoption of new technologies and a new way of travelling within urban centres. This isn’t a simple matter of giving users another option for how they connect to the Internet and each other (which led to the profound success of mobile computing). This involves convincing city residents to change an entire paradigm in their minds, transforming how they travel from point A to point B on a daily basis.

Incentivizing your target market is a trusted strategy in most any adoption plan. Transit authorities are beginning to deploy loyalty programs to lure users to use public transportation rather than use cars to commute. With the relatively recent launch of Uber Rewards, public administrators have to somehow combat the incentives that Uber is offering to encourage riders to travel individually in Uber vehicles, possibly undermining the push to reduce congestion by taking private autos off the streets–and merely replacing them with Uber drivers.

Loyalty programs do have an impressive track record. Although they go back as far as the late 1700s, loyalty programs truly came of age when in 1981, American Airlines introduced their AAdvantage program. The entire concept of concentrating your air travel with one airline was new and exciting. Corporate workers could log all of their business travel with American Airlines and use the points gathered to pay for their vacations. This was a considerable leap from the practice of mailing in box tops for rewards in the earlier part of the 20th century. 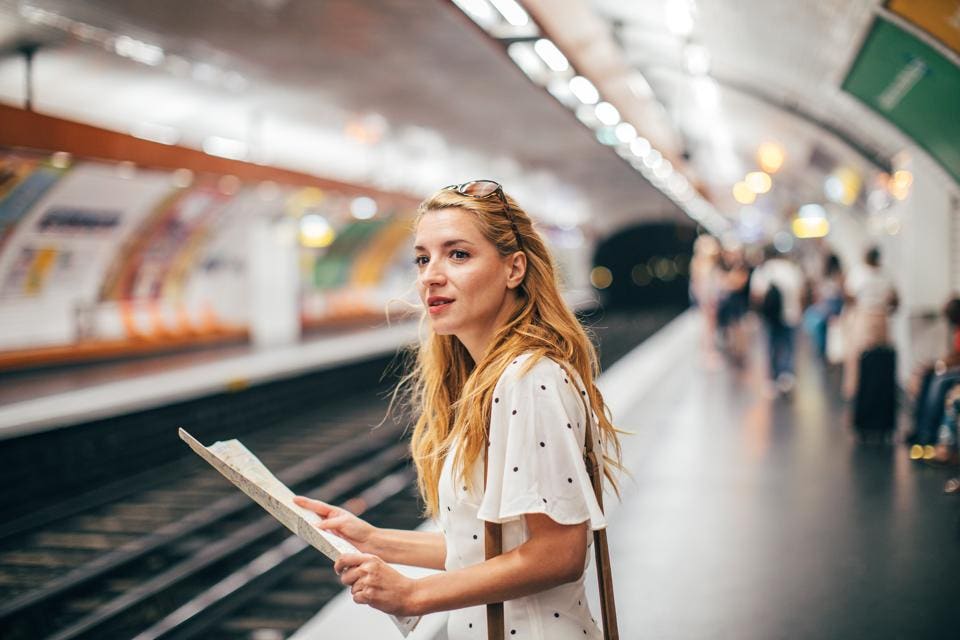 The power of public transit could be magnified by networking all of the options together.

And now loyalty programs are everywhere. Credit cards with affiliate rewards abound (and did you know you can get a Platinum Hello Kitty VISA card? I didn’t.) They’re everywhere because in many cases they work, which provides a solid argument to use them to help drive the change to new mobility.

So what would that look like? Liz Bradford, the head of marketing at Philadelphia’s transit authority SEPTA made a preliminary suggestion: “If you arrive at Haverford SEPTA station and we have a partner nearby, we could send a push notification offering $1 off a beer tonight.” SEPTA has a mobile ticketing system, which could be intertwined with an attractive loyalty system that rewards transit users. But that’s just a basic approach. What about something that encompassed more, much more?

Imagine a new mobility loyalty system where users collect points for most or all of the mobility options available. Taking light rail during rush hour earns you “x” points. Taking it on off-peak hours earns you 1.5x. If light rail is overloaded, the transit authority could provide “surge rewards” (to borrow from Uber’s questionable practice, but improve it) and offer 2x points to anyone willing to take a bus or shared electric bike during the overload period. These points can then be used to pay for any public transport service in the new mobility offering. The beauty of this lies in the nature of loyalty points—your customers can only use them for your services. They enjoy the benefit of discounted or free services. Both parties win.

From the city’s point of view, an embedded, open and framework-wide loyalty point system could accelerate adoption, which of course leads to multiple positive consequences within our urban cores: less congestion, less pollution, less stress for residents, a higher quality of life and therefore a healthier population. An incentive model with depth, coupled with practical transport options within our cities could help our urban dwellers embrace the new model of moving around within our city cores.

It’s pretty obvious what the solution is for a loyalty system as described: distributed ledger technology, or blockchain tech, not only offers a transparent, permanent record but an accounting framework for tokens as well. If we meshed the commercial partners with this system, say the pub offering $1 off a beer if you get off at the nearby light rail station, that same pub might also offer patrons public transit loyalty points so that they can get home safely rather than behind the wheel of a private automobile. Loyalty points that can encourage a change in behaviours and expectations might be just the elixir we need to help secure real adoption of new mobility in our urban cores.

All credits for this article to John Frazer

in the link below: